I like Saturday mornings for lots of reasons, one of which is getting to “enjoy” my kids’ cooking efforts, kind of and sometimes.  Presently, we have some company staying with us & one of my kids mentioned that he makes some really killer waffles.  Our friend staying with us really likes crispy waffles and voila, a plan was “cooked up.”  The execution of the plan this morning was “sketchy”.  Let’s just say that we almost ruined the waffle iron, the kitchen now needs some deep cleaning attention and there were some nice overtones of cinnamon and nutmeg.  Thankfully our friend who is staying with us slept in and we’ve already organized a Plan B:  no waffles, but crepes area nice alternative.

When life hands you lemons, being thankful can be the sugar you need to make lemonade ,)

I make a pretty killer pecan pie & no, it’s not healthy, nor glutton free, not fat free & it has very little nutritional value. If a person eats my pecan pie, it’s strictly for the flavor, full stop 🙂
The reason my pecan pie is so good is that I’ve made all the mistakes I can think of, learning how to make it the best I know. I’ve botched the crust, I’ve forgotten to add sugar, I’ve messed up the filling, I’ve accidentally mixed up the sugar & salt quantities, along with a host of other mistakes. But after numerous failures, I can now make a pecan pie almost with my eyes closed that might be good enough for commercial sale. Mistakes go with the process that creates excellence. Don’t quit with your mistakes & don’t give up in the process 🙂

With Thanksgiving  popping up in less than 48 hours, I am facing my age-old nemesis, the turkey.  I think that I’ve figured out almost every way to ruin a turkey (undercooking, overcooking, offering a burnt sacrifice, along with many other accidents).  So I’m totally keen to throw in a lasagna & call it good 🙂

But alas, I will do the traditional turkey & there’s a good chance that I’ll get it right this year – hope springs eternal.  And this is exactly my point:  hope springs eternal.  Just because I’ve had a litany of turkey traumas doesn’t mean that this year is going to be another “challenge.”  After a 1,000 failed attempts with his light bulb invention, Thomas Edison said, “I have not failed.  I’ve just found 10,000 ways that won’t work.”

One of my children made breakfast yesterday & decided to try their hand at omelettes.  This child likes garlic & so they decided to really “pour” it on & you can project for yourself the outcome of the garlic omelette experiment.  More than 24 hours later, they still have garlic pouring out of their pores, even after a few hours of swimming yesterday afternoon.  While I like garlic, along with lots of other spices, our omelette experiment has reminded me of the importance of balance.

We all have things that we REALLY  enjoy (parties, snowboarding, traveling, conversations, friendship, workingout, eating, cooking, etc).  But let’s remember that the possiblity always exists that we can overdose on a good thing 🙂

The other day I was making a casserole & needed an opinion, but alas, we had run out of onions & my neighbor didn’t have any at the time. So, like all creative minds, I tried to get innovative in my onion replacement efforts 🙂
The end of this story is that my casserole turned out pretty well, even if I didn’t have the perfect onion solution. With that being said, there are some ingredients in cooking & especially in life for which there is no substitute, like Jesus 🙂
No matter how you configure life & regardless of the various ingredients in your life, there’s no substitute for Jesus. He simply cannot be replaced. 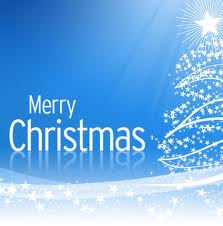 We are coming to the close of the  Christmas  season & it seems to me that we all do Christmas in our own unique ways – which is cause to celebrate!  Thankfully, I changed a few of my normal habits so that this year has less stress than preceding years (normally, I procrastinate package wrapping because this is the one task I totally HATE, for various reasons).  Anyways, this year we had a wrapping party, so that atrocity has been overcome ,)

I’m now putting my brain into the cooking mode, since today & tomorrow will be filled w food prep.  Here are some things that we’ll be cooking (my daughter is helping me):

So what do you cook & how do you celebrate Christmas???

We are having lots of people over, but the whole point of all of this cooking, preparation, celebration, et. al, is 100% due to Jesus’ birth – indeed, the most noble of all events to celebrate.  Merry Christmas!!

No seriously, you’ve gotta read this one 🙂  I recently had a cooking fiasco & I want to brag on my family.  Lately, I’ve been trying to get more fish into our diet as a means for low fat protein consumption.  The honest truth is that I can’t cook fish to save my life, but that doesn’t stop me from trying – hence the fiasco.  So here’s how it went down:  I went to the fish part of the store & was looking for the cheapest & freshest fish they had, which was flounder.  Flounder is a really weird looking fish – it’s skinny and flat with the eyes on the top of its body.  Because it’s so skinny, its hard for a fish monger to de-bone (which I discovered after their kind attempt to honor my de-boned request).  So I bring home these thin strips of fish & try to cook them – it was AWFUL!!!!  But here’s the beauty of this disaster, my family ate the fish with absolutely NO COMPLAINING!  No one said a word – we all suffered in silence 🙂  I will not be cooking flounder again, unless Jesus visits our home personally & has a nice chat with all of our family on this topic.

So here’s a thought for your consideration & application:  my family was EXTREMELY gracious with me, I think mostly because they love me.  Perhaps a really effective way to express love is to refrain from complaining or pointing out failures and weakspots when they are so glaringly obvious.  Being gracious is a really inexpensive way to be loving 🙂

I like to cook, mostly for the humor of the experience & sometimes for the social element.  Recently, RT Kendall came & spoke at our church.  The preceding day, he came to our house & we made chili – his special recipe & my green chili.  Now all of the chilis turned out great & taste wonderful.  The truly great thing, however, was the amount that we made so i could freeze it & use it on a busy day.  Lately, i’ve been doing alot of my cooking for the week on Saturdays – mousaka (greek lamb casserole), stuffed peppers, chicken tikka masala (indian), cinnamon rolls, lasagna, marinated flank steak, etc.  Doing this on Saturdays helps a whole bunch because then during the busy-ness of the week, i’ve already got dinner made.

Here’s the God component:  i think that sometimes we treat God like the weekend meal deal.  We go to church, get a meal & think that this “banquet” will last for the week.  In reality, God is always cooking something for you – everyday.  When i was growing up, we used to sing this song, “Come & Dine for the Master Calleth”.  God always has a rich table spread & available for us to feast on His presence & Word.  Don’t be spiritually anorexic – come & dine w God everyday.  He’s got something good cookin for you!!

ok, some facebook friends said they were interested in a few recipes, so here’s an attempt, with the forewarning that i’m not such a whippy cook & i already know this so be nice w any comments ;).  With that premise, pls feel free to add your own fav recipe in a comment for our enjoyment  🙂

monte cristo: tweaked from rachel ray (this is fun w the kids)

cooking:  pre-heat oven to 350 & heat a large skillet & melt butter in it;  mix eggs & milk together in a large (wide bowl) & dip bread in to soak, both sides.  you’re making french toast.  put saturated bread into heated skillet & flip when toasted.  do this to all of your bread, then put jam on 1 side of the french toast, then load w turkey, ham, salami & swiss.  slap on the top piece of french toast & bake in the oven for about 10min to melt chese. voilah – monte cristos.  i’ve tried to make the sandwiches at the same time as making the french toast, but i never got the inside of the sandwich cooked all the way through w/out putting them in the over.  any suggestions?

ingredients:  4 pork chops (boneless is the easiest), 1 tspn canola oil a large can of hominy, regular can of tomatoes, small can of diced green chilis, 1 chopped onion, 2 cloves garlic, teaspoon each of cumin & oregano, salt & pepper to taste.  add jalepeno for some kick

cooking:  in a dutch oven or large skillet brown pork chops in canola oil & season, set aside;  brown onions & garlic in the skillet then add hominy, tomatoes, green chilis, cumin, oregano & salt & pepper (and jalepenos).  chop up pork chops & add to the skillet. simmer.  the longer it simmers, the deeper / better the flavor.  if you try to freeze this, the hominy gets mushy.

I like Saturdays because they are often good fam times.  This morning, everyone kind of slept in, praise Jesus.  We had a low key breakfast for the kids because they just wanted cereal – yea!  For me, I made chiliqueles (its like nachos w fried eggs) – absolutely one of my TOTAL favorites & it was fantastic!!  The kids chilled out in their rooms & I started a study on forgiveness – there are like 3 different words (sin, transgression, debt) that Jesus discusses the need for forgiveness.  I’m interested to see where this goes.

I also got to work out for the 1st time in like 2 weeks, came home, watched man vs wild w the fam & I’m now planning to go make dinner for our fam & the Picones.  The dinner will be:  ribeyes, salad, grilled veggies & homemade pumpkin pie & homemade butterscotch pie – yum!!  So that’s it!  Come on over, we’ll have fun! 😉