Since we’re in the middle of the Christmas season, my kids have organized, refined, amended & advertised their wish lists version 4.5.  Here’s an interesting twist: what if Santa had a wish list?  What would Santa’s wish list look like?  Perhaps Santa would like a chia pet or a vegamatic chopper ,)

More likely, Santa probably wants his reindeer & elves to work together without strife & division.  If you think about it,  both the reindeer & elves have some hefty responsibilities & the last thing Santa would want to deal with would be conflict among the elves or dissension with the reindeer.  Perhaps our Heavenly Father has the same thing on His wish list this Christmas – maybe our Heavenly Father would be super pleased if the strife & conflict with His children was reduced or even eliminated.  Let’s you & me make this goal (harmony with each other) one of our priorities so God can check this one off of His wish list – peace on earth & good will among men 🙂 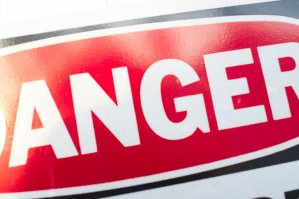 I had an interesting experience a few days ago with a very unhappy person.  This person was extremely upset about a difficulty & she was upset beyond what the circumstances called for.  I began to think about the possible reasons why she could be over reacting:

There’s a difference between being angry about something & being an angry person.  One is based on situations but the other is an identity.  The person who finds their identity in anger brings dissension into his conversations & relationships based on Prov 29:22 & 15:18.  An angry person tends to lack control over their behaviors & conversations.  And an angry person, based on what Proverbs says, is a fool (29:11).
In contrast, a person who is slow to anger tends to have a better life – they have great understanding (14:29, 17:27), they’re not easily offended (they overlook offenses – 19:11), they have more self-control than an angry person and a person who is slow to anger is better than the mighty (16:32).
Let’s be angry for the right reasons (against injustices, wickedness & evil), but let’s not be angry people 🙂